By Ken DiMauro, Past President

A small bronze plaque above the front door of the original Southington Public Library at 239 Main St. is dedicated to local entrepreneur Lucius V. Walkley, who reportedly donated half the cost of the building when it opened in 1902.

Walkley, who was owner of Pultz & Walkley Co. in Plantsville and also operated a large dairy farm in the Belleview Avenue area, was a rich man and could well afford the $5,000 challenge donation. His factory was a major producer of square-bottomed paper bags and produced 3 million such items a day, which was an innovation just before the turn of the century. The paper bag factory, as it came to be known, was founded in 1870. Eventually, a competitor paid him $1.2 million for his company, according to “The History of Southington” by Francis Atwater.

The library that Walkley helped establish was an elegant-looking neoclassical revival building constructed of glazed terra cotta brick and granite, according to “The Historic and Architectural Resources Survey” done in 1986. 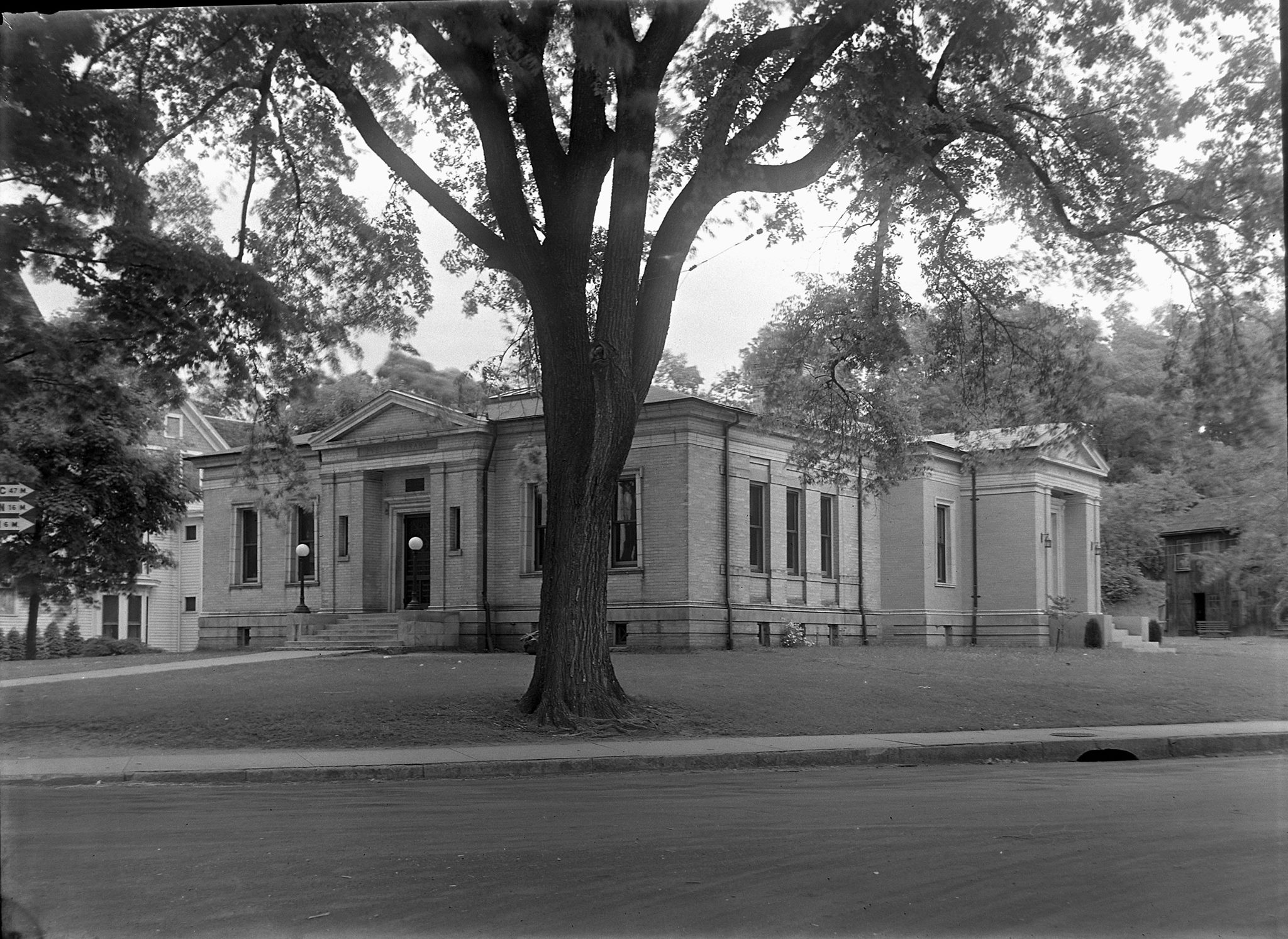 A small library with 1,300 books opened in Town Hall in June 1900. Shortly after that, Walkley made his challenge donation, with the residents being assessed another $5,000, for a total of $10,000 for the building and land. The library had a capacity of 6,000 books.

Enter Emma Bradley Yeomans Newell, a wealthy entrepreneur who is known for her philanthropy and donating many monuments and buildings in town. When she died Nov. 21, 1917, she bequeathed the money for the creation of an addition to Southington Public Library, “the erection of a historical building to be known as The Sylvia Bradley Memorial,” Atwater wrote.

The money for the addition wasn’t tapped until years later and the addition, which carefully matched the original part, was built in 1930. When the Southington Historical Society was founded in the mid-1960s, it housed its modest collection and met in the Sylvia Bradley Memorial, which reportedly kept the “historical” promise to Newell’s estate.

However, town officials realized the library was cramped and nearly every square foot was used. The Children’s Department was located in the basement. There was a mezzanine area where book stacks were located. Plans were made for a new library that would be built across the street at the corner of Main Street and Meriden Avenue. The new library, which opened in 1974, was originally touted as having enough space for the until the year 2000.

After the new library building opened, the structure at 239 Main St. has come to be known as the Southington Historical Center or the Historical-Arts Building. However, old habits die hard and some old-timers still call it the old library.